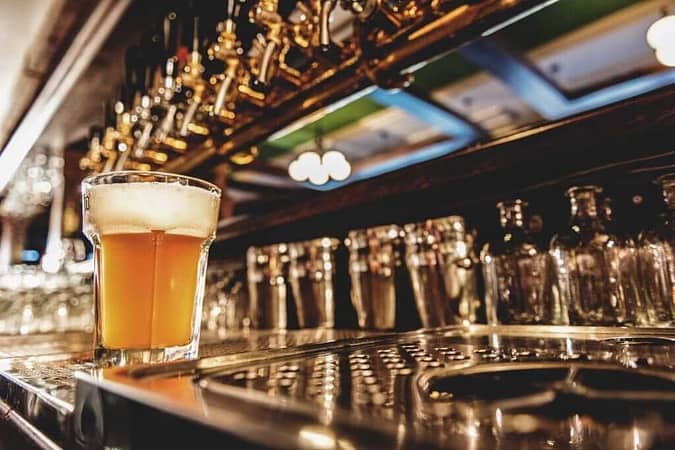 Beer, wine, vodka, whisky are the alcoholic drinks and have the most demand drinks at parties and regular drinks. As the percentage of the alcohol varies in every drink its freezing time is not as same as water. hence we would wonder that does beer freeze?

Since the alcohol level of, each drink is different the freezing time is also different. If we want to store drinks that are alcoholic for a long time we should freeze them right?

so let’s come to the point that what time Beer takes to freeze and does beer freeze?

Table of Content show
1 Does Beer Freeze?
2 What Temperature Beer does Freeze at?
3 How cold can beer get before it freezes?
4 Can beer freeze in a car?
5 How Long Does a Bottle of Beer take to Freeze in a Standard Freezer?
6 What will you do with Frozen Beer? can you Salvage the frozen Beer?
7 What Aspects Make A Beer To Have A Less Freezing Point?
8 Final Thoughts –
9 At what temperature does wine freeze?
10 What Happens if Wine Freeze?
11 Does vodka freeze? 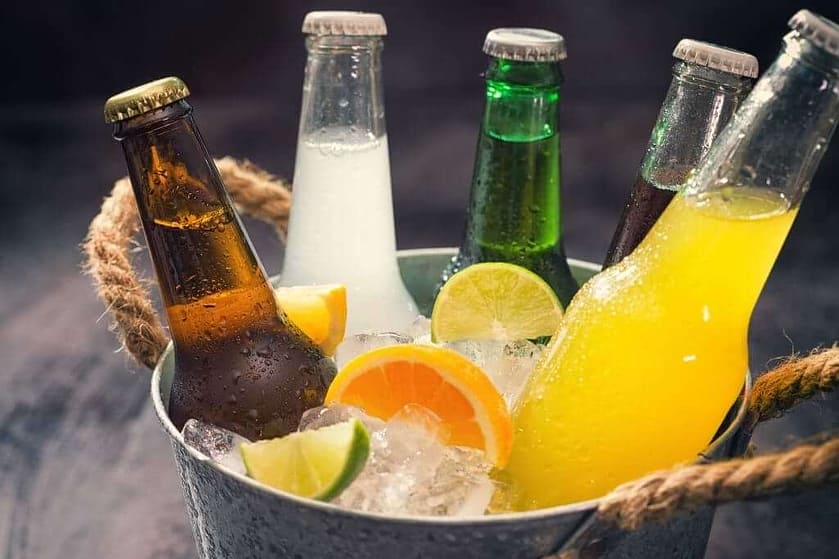 to answer the tile of the para we have to go with the percentage of the alcohol and then the freezing temperature it takes.

As the alcohol level increases the temperature of the beer should decrease to freeze it, let’s have a look at the table as per its percentage of alcohol.

Yes, Beer does Freeze we can conclude over here.

Does Beer Freeze ? and what temperature is as follows :

What Temperature Beer does Freeze at?

when you are aware of the Alcohol content of the Beer then you can easily have a look at the above table to know that what temperature beer does freeze at and can predict the freezing point of beer  The freezing temperature of beer will depend on the alcohol content. ( please refer to the table above)
Most beers (which range from 4-6ABV%) will generally freeze at around -2ºC. average.

How cold can beer get before it freezes?

actually, we should know at what temperature beer does freeze, and as I mentioned it’s -2ºC, obviously concerning the alcohol content of the respective beer. so

Beer will freeze at 28 F as the alcohol content of the beer increases the temperature to freeze it decreases ultimately.

Can beer freeze in a car? 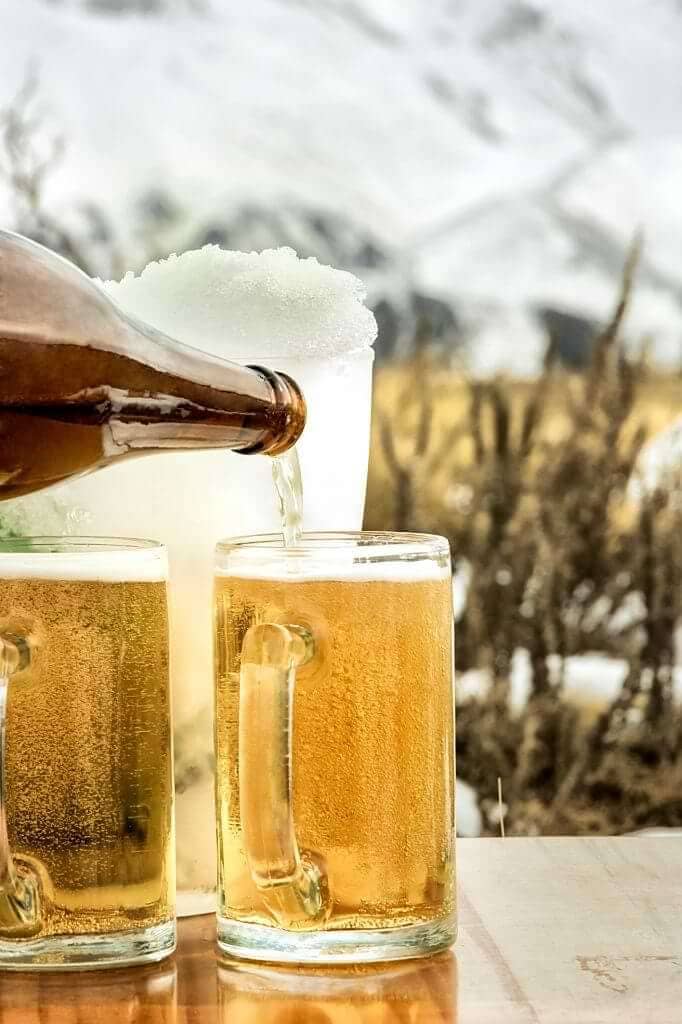 Will beer freeze at 28 degrees?
As I mentioned earlier water expands after it freezes, the cocoa cola drink which usually we see in the market is freezes at 30 degrees. and the beer which has a content of 5 % alcohol by volume gets frozen at 27 degrees.

If you have too many beer bottles left out and you don’t want to waste them you need to be stored in the fridge to live long.

How Long Does a Bottle of Beer take to Freeze in a Standard Freezer?

Generally, freezers are set to 0 degrees Fahrenheit, for this 0 degrees it will take 90 minutes to freeze.

if you have a warm beer, and you want to cool the bottle then exactly what you should do is put the beer bottles in the freezer for 50-60 minutes without it freezing or damaging the bottle. here please keep in mind that the volume of the bottle matters so if it is large in size.

What will you do with Frozen Beer? can you Salvage the frozen Beer?

sometimes have you kept a beer bottle in the fridge and forgotten so it is there for a long time or in case you kept it in the car fridge for a long.

all we know is how we love beer bottles but still joke apart safety first, if your beer bottle is a glass bottle and that bottle may break as water and beer particle expands, then you have to throw it out.

It is not definitely worth the risk even a tiny little shard broke and free into your frozen beer.

in case you are lucky and could catch the frozen bottle when it’s just about to freeze, then you can put it in the refrigerator and save it for later. however, this can change your beers’ taste, and if you drink partially frozen beer keep in mind that it would be having a higher concentration of alcohol. only because frozen pieces have only water particles that leave alcohol behind. 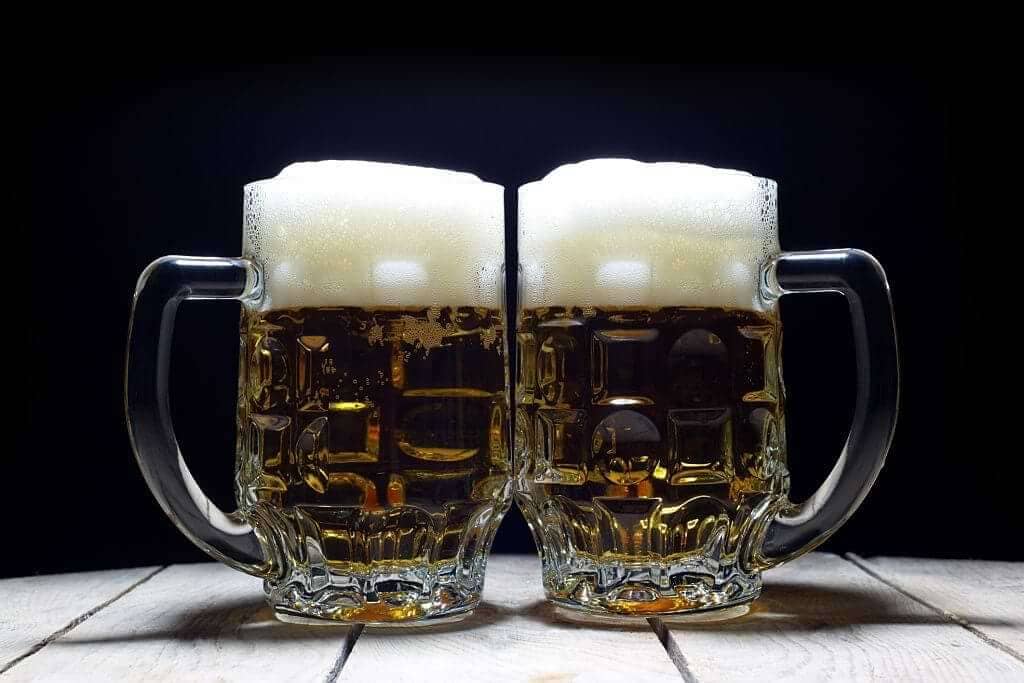 What Aspects Make A Beer To Have A Less Freezing Point?

Alcohol is the main factor that affects the icing rate of the beer. actually, alcohol has ethanol which freezes at around -173 degrees. that means it is clear that a higher proportion of alcohol makes the liquid not freeze fast.

only thing is that water condenses at 32 degrees. hence it will freeze to icy crystals faster, and water acts as a dominant component in the beer so you will find ice flakes in the bottle due to water only.

2. The Size And Material Of A Container

The size of the container will matter its freezing time as it controls the temperature of the liquid.

Sugar is nothing but preservatives. in the preservatives we can’t find the icy fragments which affect the beer tastes. sugar avoids condensing of water. hence it lowers the freezing point of the alcohol.

Sugar is a form of preservative. the preservative act as an icy fragment that changes the beer taste With it, you’ll not find the icy fragments that inconvenience a beer taste. What sugar does is keep water from condensing. It, therefore, lowers the freezing point of the alcohol.

you can drink your beer in any of the temperatures however freezing beer is not a good option although can be done. as after freezing it expands its molecule so it can make a huge mess in the fridge from exploding bottles, hence so there is no point freezing it and then drinking.
only in one situation if beers have been left out in the cold then only all the above info becomes worth reading.

As we learned many things about the beer we will move towards wine now concerning the same points.

It might have happened many times earlier that you have put a bottle of wine in the freezer and forgot to remove it and it’s been there for a couple of days. if you stay in the location where you find a cold winter in the area, and you kept a wine bottle in the gelid of a car before you go home.

not only this but where wine is been prepared even those people face the problem of storing it in the winter season .when their warehouses are not heat insulated. I want to explain more about the question that arises all the time is ” at what temperature does wine freeze?

At what temperature does wine freeze?

As I mentioned in the article several times that wine temperature will vary as the alcohol percentage of the wines.

As the alcohol concentration is more the temperature gets lower to freeze it.

That is the reason the wines have several freezing points that all depend on the alcohol percentage.

it is good to freeze wine to store it for a long time but it’s not good if you kept it cold and forgot and wines were there for several hours.

There really is I am bothered about is If the wine freeze what will happen?

In very rare cases after freezing also it doesn’t get damaged but that is luck by chance. so it is not a good option to freeze it as due to delicacy it may spoil.

What Happens if Wine Freeze?

Wine is not like a beer it is very delicate, change of temperature may change the quality of the wines, so generally if you sore it, try to store it in cold, dark, and constant temperature.

As there is always a chance of exposure to wine at the time of transportation and it may get in contact with differences in the temperature which is not constant.

if you put it in extreme low or high temperature both the case doesn’t work as in low temperature it can cause natural acid to precipitate. which formats the Tartar crystals inside the wine. which changes the quality of the wines. if it’s not a big issue for you for white wines where they are almost imperceptible, it alters the flavor of the wine to red wine.

what is the Tartar Formation process exactly: is tartar formation cause tartar crystals to cause the formation of CO2 which results in a geyser formation when the bottle is open.

As everyone loves champagne shower you will not like to spill half of the bottle of your wine.

.as far as the freezing is the concern only tartar formation is not the reason but when we talk about frozen it freezes the water inside the wines.

Actually, frozen wines can apply pressure on the cork, altering the integrity of the closure. in this way, the air can come inside the bottle, which oxidizes the wine. in this case, your wine will become more acidic, and if we keep it long enough, it will transform into vinegar.

In fact, frozen wine can apply pressure on the cork, altering the integrity of the closure. In this way, the air can get into the bottle, oxidizing the wine. Your wine will become more acid, and, if left long enough, it will eventually transform into vinegar. It might happen to you that you have too many vodka bottles left and you kept them in the fridge and forgot, however, it’s still not frozen when you see it.

. So, why doesn’t vodka freeze? Well, it has to do with the freezing point of alcohol, so when alcohol content is more the temperature needs to be very low such as water (32 degrees Fahrenheit). Pure ethanol alcohol required to freeze it is -173 degrees Fahrenheit. and hence vodka doesn’t freeze.